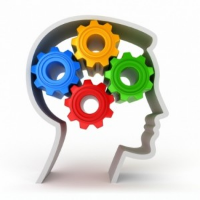 Starts with LSB as 0 goes to MSB as 7

Starts with LSB as 1 goes to MSB as 8

The referring to the first bit or the last bit are not clear and are to be avoided. Likewise, The left most bit should always be referred to as "bit 7" instead of "the left most bit" etc.

Many will just count Bytes starting from the Left to Right. You will see people start with 1 or 0. So, in the following example,  02 is the first byte and could be referred to as Byte 0 or Byte 1. A C programer would probably refer to it as Byte 0 because that is the way memory is addressed in C. Someone that is not a C programmer might call it Byte 1.  Byte 0 is probably more well accepted.

As for how to store a number or data in such a system, you have to know if it is stare Big Endian or Little Endian.